10 Women Who Made A Mark In The Fashion World!
Prev Next
Search
Fashion is an industry that is mostly dominated by women’s clothing, but inspite of this, there are a lot of billionnaire men players in the market. There’s Bernard Arnault, who heads LVMH. Karl Lagerfeld, who has his hands dipped in almost everything in the fashion industry, to Amancio Ortega, who has a 60% stake in Inditex, the group that owns Zara. But forget about them for a moment, and lets remember that there are some key women figures in the industry who are taking the fashion world by storm. Magazine editors, designers, stylists, entrepreneurs, women have reached everywhere. So on the occasion of women’s day, here’s a list of the top 10 most influential women in the fashion industry:


One of the biggest influencers in the world of fashion photography, she is such a key figure that Kanye West spent four days editing his wedding pictures to get her trademark watermark just right! She has photographed every cultural, societal and political figure in today’s world. Remember the famous Obama family portraits? Demi Moore’s iconic pregnant Vanity Fair cover? All her doing.


Yes, the woman who invented the wrap dress in the 70s that turned 40 years old this recently. She is the president of U.S fashion’s governing body, the CFDA. She is basically the number one figure who decides who and what we will be wearing next. She is also responsible for the industry’s current obsession with making Google Glass happen!


This list is not complete without one of the most famous and influential supermodels ever, Gisele. From having being the cover girl for almost 500 covers, she is the world’s top earning model. She has graced the campaigns of every top brand, from Versace to Dior, Chanel to Givenchy. She is a bonafide celebrity today, and still manages to maintain her supermodel position inspite of being in the business for so long.


As the head of the Prada label, she has built herself a fortune by making her worth about $9.9 billion dollars. She runs the company with her husband Patrizio Bertelli, and also has Miu Miu as her pet brand. In 2012, her designs were one of the MET Costume Institute’s Schiaparelli and Prada: Impossible Conversations exhibit. The women is definitely a legend, no doubt.


Among Time’s 100 most influential people in the world, Sarah Burton is creative director at Alexander McQueen. She is praised for her work as his successor. She is responsible for making Kate Middleton’s wedding dress and also received an OBE from the queen.


Founder and CEO of the first and most successful website, Net-A-Porter, she revolutionized the concept of high end shopping, ONLINE. Luxury magnate Richemont bought Natalie’s 18% share in the company , valuing it at an estimate of £350 million. Natalie has still maintained her role as the CEO and even launched 2 sister websites, Mr Porter and The Outnet.


Director of LVMH, she was appointed the only woman in 2003 on the LVMH board of directors. While she was deputy managing director of Dior, she was listed by Fortune Magazine as a future CEO in the making.


With her Tory Burch and C. Wonder brands, she has collected a billion dollars worth of wealth. She is easily one of the most wealthy people in the industry in addition to snagging the 2008 CFDA award for Accessories Designer of the Year. She also paves the way for female entreprenuers with the help of the Elizabeth Street Capital, which is a Bank of America collaboration that helps new businesses which are owned by women.


Arguably the most celebrated fashion stylist in the world, she has dressed everyone from the likes of Anne Hathaway, Jennifer Lawrence, Demi Moore and even added the reality star title to her resume with her show ‘The Rachel Zoe Project’. She has a pretty successful namesake apparel and accessories line which too has been worn by the who’s who of the industry. 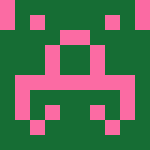 Celebrities And Their Stylists

What To Wear On Godh Bharai?

How TO Drape A Saree In 10 Different Ways